I was told that business school could be boiled down to the following dilemma:

You can only pick two out of the three things: Study, Socialize, Sleep.

What I am experiencing here at Stanford is somewhat similar. I feel that my outlook calendar (well, I use a Mac now...) is more cramped than when I was still working. And people who know me know also that I was managing EVERYTHING through outlook. It is quite a lot, mostly classes, lunch session, speeches, workshops, 1:1 coaching, mixers, study groups, case groups, cocktail receptions etc etc etc. There a also unofficial things, this week namely the 80s party, whiskey night, wine circle, small group dinners, TALK, brainstorming session, recruiting events, FOAM etc etc.

So now the interesting question: Which two things do you pick?

The top 10% of the class are named Arjay Miller Scholars (Arjay was a former Dean of Stanford). A title that might give you self-satisfaction, a nice certificate and some attention during graduation. Not a whole lot more though. Oh, and hours of studying and headaches whether you actually make the top 10 %. It is hard for a group of overachievers that have constantly been on top of their game to accept that many of us will not end up on top of academics here at Stanford. Hard for my classmates, but also hard for me.

But is it discouraging enough so that I become a study beast and worry only about academics?  NO

I came to Stanford not for micro, accounting and strategy classes. I came for intellectual stimulation that can happen in class or after 3 bottles of Cabernet in the Schwab Courtyard with my small group dinner comrades. I also came to hear other people's stories, to be inspired and to learn from the many, many experiences.

So I am faced with somehow clear expectations of why I came and a track-record of academic success. I know that I want to prioritize the first point, but it feels damn strange to knowingly push aside the second part. A lot of MBA2's told me, and I come more and more to the conclusion myself, that choices are and will be necessary to have a great time here. And when I am self-reflective those choices prioritize many, many things over academics.

To actively listen, talk, interact, discuss, exchange, argue and agree I need to be somewhat awake, fed and relaxed. So I guess I will pick socialize and to a somewhat lesser extend sleep.

How that entire socializing thing works will probably be a part of a future blog. I haven't really figured it all out yet. But hey, it's week 3.

PS: It was a thoughtful post so I had no picture initially. I guess that one will do! 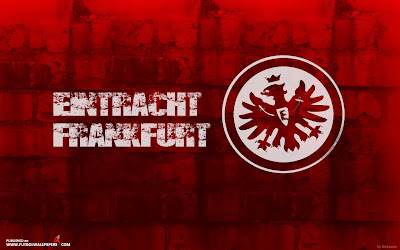